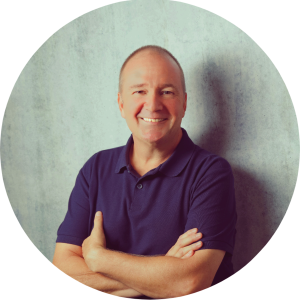 Today fastpacking will take me from the ‘middle-of-don’t have a clue-nowhere’ to Kestert. A 27K stretch with a bit over 1.000Vertical Meters. This day would bring past the famous Loreley statue and castle Katz.

Lorelei (in German Loreley) is a large rock on the bank at the narrowest part of the Rhine River near Sankt Goarshausen, Germany. The legend tells of a beautiful maiden who threw herself into the Rhine in despair over a faithless lover and was transformed into a siren who lured fishermen to destruction.

The name Loreley comes from the old German words lureln, in Rhine dialect for ‘murmuring’. And from the Celtic term ley “rock”. The translation of the name would, therefore, be: ‘murmur rock’ or ‘murmuring rock’. Due to the heavy currents (this part is the narrowest part of the Rhein), and a small waterfall in the area (still visible in the early 19th century) created a murmuring sound, and this combined with the special echo the rock produces to act as a sort of amplifier, giving the rock its name.

Unfortunately, the murmuring is hard to hear today because of the urbanization of the area. Other theories attribute the name to the many boating accidents on the rock, by combining the German verb lauern (‘to lurk, lie in wait’) with the same “ley” ending, with the translation “lurking rock”.

Count Wilhelm II. of Katzenelnbogen has built the Katz Castle in the second half of the 14th century. Katz Castle was used as bastion and military base to protect the Rheinfels Castle. Together they formed a fortified bulwark with a barrier for levying of the Rhine toll. The chosen location on the mountain ridge Katz Castle made it impossibly to be conquered from the valley.

Both these attractions are very famous, and I’ve heard so much about it. So much that the expectations were so high that it can only end up in disappointment.

But it didn’t at all! This was such a very cool and versatile section for fastpacking, that I’d happy to do it all over again. Amazing old castles, beautiful flora and fauna, stunning views and very, very nice people along the way. There was even a hiking-station with some lovely ladies where I took a moment to enjoy a ‘Radler beer’ before setup camp for the night again. Both ladies are true trailangels…

This whole hammock-camping-set up and dismantling goes quicker and quicker. I mean, of course, that was the whole purpose behind the idea to go fastpacking with a hammock setup. Yet how often ideas differ from reality? Not this time. Unfortunately this time I had to settle for a little stream to freshen up myself before hitting the hammock and go to sleep. But he (!) I could also fillup my water reservoirs so I was very, very grateful for this spot. And so I closed my eyes and enjoyed all the wildlife that started to surround me to fall into nice (and warm!) sleep.

The sibling Karma and Luck accompany us throughout our lives. Everybody can recall the moments where everything works, where you feel like you’re on the

Oatbowl – The #1 healthy power breakfast Oatbowl, porridge or cereal. No matter which preparation you choose, the basis for all of them is oatmeal.